Jones Act was written to help injured seamen. Jones Act insurance covers this important act.  Additionally, the Jones Act ensures that the U.S. keeps and maintains a fleet of ships staffed by U.S. crews and owned by U.S. companies.

Prior to the passing of the Jones Act in 1920 there were no written laws (statues) by Congress to ensure that injured U.S. seamen would be provided for if they were injured. For many years, injured seamen relied upon Maritime Law for their recovery. Maritime law or admiralty law is a mixture of common law, traditions and practices adopted by ancient seafaring nations, and incorporated into the American legal system over time.

Jones Act insurance provides coverage for the Jones Act.  The Jones Act provides for two types of remedies for seamen. First, the employer is bound by law to compensate an injured seaman for: “Transportation, Wages, Maintenance and Cure“. “Transportation and Wages” are paid until the voyage is complete. “Maintenance” and “Cure” are paid until the seaman has reached his or her maximum medical cure.

If the injury was caused in any way by negligence on behalf of the employer, the injured seaman may also be entitled to compensation for pain and suffering, lost wages, and other damages.

The Jones Act covers not only the members of a crew, but the masters of that crew as well (such as commercial divers ). That is, anyone who has a connection that is both substantial in nature and duration to a specific vessel, or to a fleet of vessels, and whose duties contribute to the function or mission of that vessel or fleet. Generally, anyone who spends more than 30% of their time on a vessel that is in navigation, will qualify as a Jones Act seaman. It is important to understand that the terms duration and nature, when talking about someone’s connection to a ship, are traditionally construed by the courts to be exceptionally broad when finding as to whether or not an employee qualifies for Jones Act coverage. 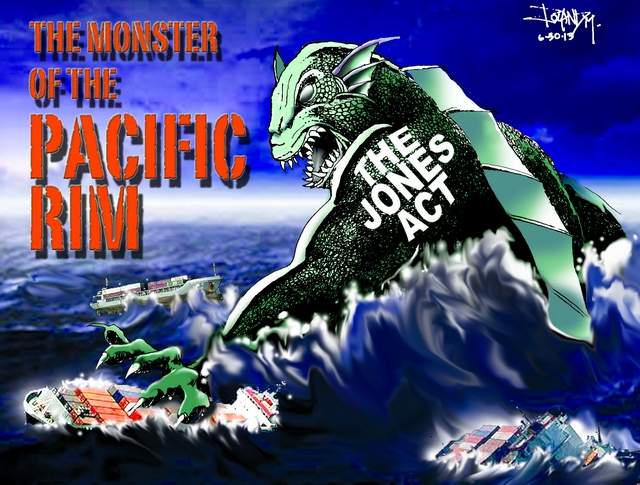